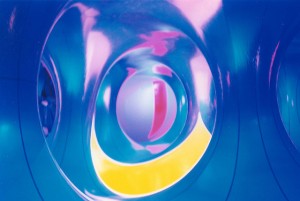 Very popular, especially among families with small children. You drive by a local neighborhood park and you see them. Sometimes they even pop up in your neighbor’s back yard and the sounds that emanate from them suggest that there is nothing but a great deal of fun to be had in those big inflatable bouncy houses.
And for most children that is the case.
However, those inflatable bounce houses are dangerous as more and more injuries are being reported every year. As many as 30 children a day are being report as injured from emergency room reports. The injuries range from broken bones, concussions, cuts, and sprains.
The injuries occur either inside the bounce house, or when the children fall out of the bounce house. The more children inside the bounce house, the greater the likelihood that a child will bounce into another child and cause injury to one or both children.
As the popularity of bounce houses has increased, so to has the incidence of injury increased. In 1995, fewer than 1000 injuries were reported. In 2010 the number was eleven times that number.
Bounce houses are found, as mentioned above, at parties, family reunions, and other neighborhood events. They will also be found at amusement parks and fairs as a recreation for children deemed too young to ride some of the bigger rides.
Most of the bounce houses come with manufacturer directions and specifications, but many times parents aren’t given an opportunity to view these materials. It is up to them to protect their children from injury. At the very least, watch the younger and smaller children so that they don’t join larger, heavier children in the bounce house. The smaller children run the risk of more severe injuries when paired with bigger kids.
There is a group that suggests bounce houses should have trained operators supervising the activities of the children inside at all times. Flips should be prohibited and colliding with others should be banned.
In comparison, bounce houses produce injuries similar to that of trampolines.
Photo Credit : Inflatable fun from Maggie Stephens via Flickr
No related posts.